I can honestly say, I was expecting a little more from Munich. From our hotel we bought a 9euro public transport ticket for the five of us. We took the tram, and metro into Marienplatz. Marienplatz has the main Christmas Market, and the Glockenspiel! One thing I can say for sure, you cannot go to Munich and not see the Glockenspiel. We got there for 11:00, to see the show it puts on every day at that time. Show was about 15 minutes long. Gets repetitive, sure, but it was worth it to be able to say we have seen it! Kids enjoyed seeing the characters dancing. From there we walked around. We found the cathedral and took a look inside. The organ itself made seeing the cathedral worth it. Continued on our walk and found a mall eatery type place. Very cute! It was called Eataly. There was a bakery, a small grocery store, even a Nutella restaurant!! 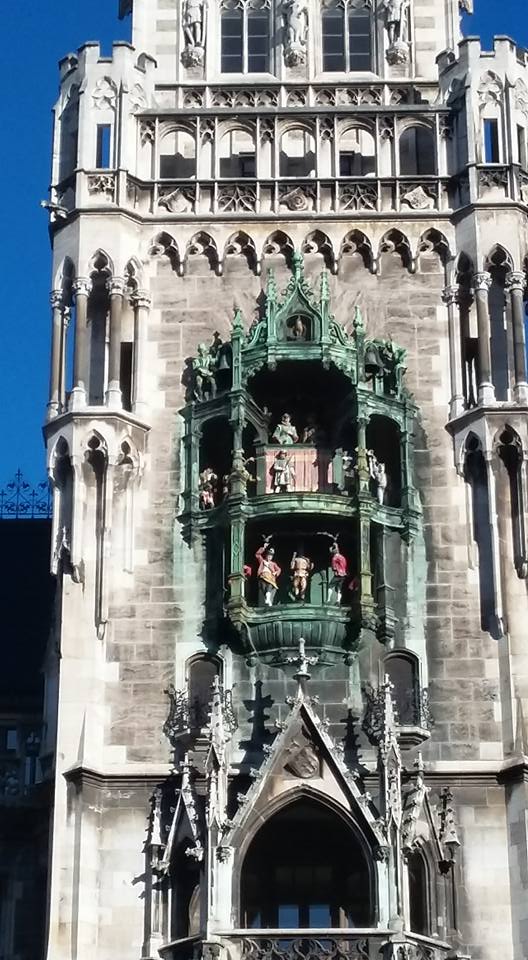 Since we were pretty much done in Old Town Munich, we decided to head to the BMW Museum. This is right next to the BMW Headquarters. John and I paid 8euro each, and the boys were free. There was a lot to see. From old cars, to new ones, to concepts….Well worth the 8euro price tag. We then went into the BMW Welt – where customers can buy and test drive cars. Literally, there is a small road inside where you see cars being test-driven. Pretty cool. 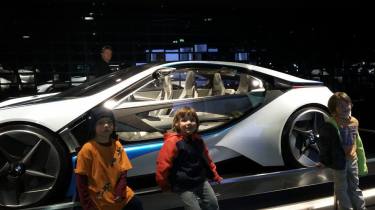 Since the BMW Museum and Welt are right next to the Olympiahalle (host of the 1972 Summer Olympics), we decided to take a walk. Kids found hills to roll down and places to run, so really, that was all that mattered. Beautiful area. Saw lots of runners, and exercisers. In the summer, right along the water canal, this would be the perfect spot for a picnic!

We spent the better part of today heading to our next destination. Nothing interesting besides the Nympehnburg Palace, in Munich. It is beautiful. It looks spread out, but once you get close you see all the buildings are all part of the palace. The Nympenburg Palace is a summer residence for former rulers of Bavaria. We didn’t want to pay to go inside, but the grounds themselves were free – and worth the walk around! The entrance has a small pond with ducks. The boys made “duck friends”. Ducks surprisingly came rather close to us. We were not allowed to leave the palace without saying goodbye to them! Out back there is a much larger lake, with more ducks and birds. We may not have spent much time there, but it was worth being able to say we have seen it.

When doing research for this trip, I couldn’t seem to find an “in-between” between Munich and Prague. One day my aunt sent me a link to the Nuremberg Christmas Market, the largest in Germany with over 180 stalls. My answer was laid out for me. What a great place to be. If you have the chance, this market is where to be. The market is huge! Stalls everywhere. Extremely crowded. They even have a “kids market” – carrousels, legos, crafts…etc Tyler loved the trains!

Nuremberg Bratwurst are the main meal here. It consists of 3 small sausages in a brotchen (bun) – usually topped with Dijon-type mustard or mayo. Some places also have sauerkraut. After walking up and down we found Starbucks (of course!) and chestnuts. I hadn’t had chestnuts since my grandpa (Nonno) passed away almost 11 years ago. These were hot, moist, and went oh so well with my Starbucks coffee. The chestnuts honestly, to me, helped make this trip to Nuremberg even more worth it.

While searching for something else to do in Nuremberg besides the market, I came across reviews of the Nazi Rally Grounds being close by. Not being sure how sombre the place would be, we decided to chance it and go anyways with three rowdy boys. The entire area is about 11square kms – huge! There are twelve different areas. The main ones are the Congress Hall, the Great Road, and Zeppelin Field. Unless being here, I cannot explain the feeling I had – the weirdness it was standing where Hitler stood. Being in the same place that Hitler made his “plans”, was odd. The Congress Hall is now a memorial area (and storage for the city….), the Great Road is now a parking lot for when events happen in the area, and Zeppelin Field is a race track. Zeppelin Field had to be the weirdest of all. John and the boys were walking around, and I just kind of stood there staring. I was seeing pictures in my head of how it looked when Hitler was alive, and comparing to today. Kids were allowed to be loud, there was no one, or no sign saying it was a quiet area. (other kids in the area were screaming, so my 3 were fine!) There were signs along the entire pathway explaining exactly what happened, and how the area looked before, during, and after Hitler took over. 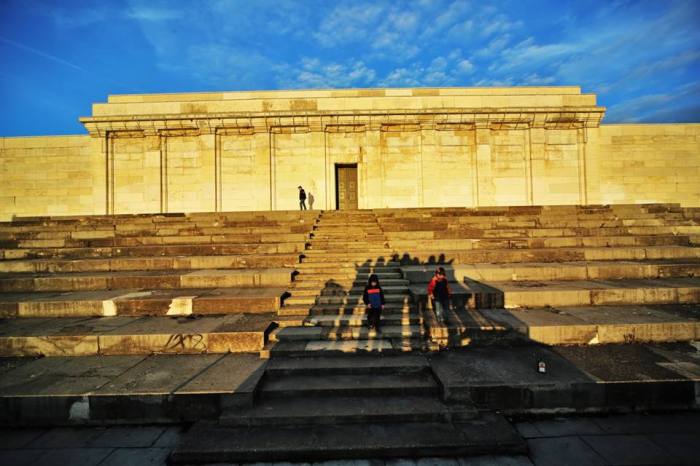 Being Christmas Eve, we had a nice, but way too expensive meal in the hotel restaurant for supper. Went back to our room, set out Cheesies and hot chocolate for Santa and his reindeers to hopefully find us! 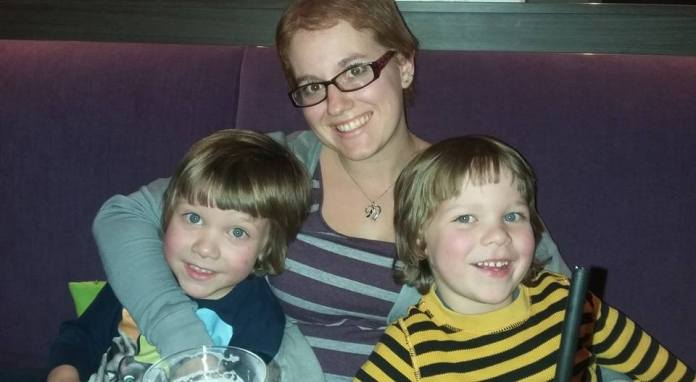