This weekend was a weekend full of goodbyes. I have been an army wife for a long time now, but nothing prepares you for the goodbyes you need to say in this life. Just when you think YOU get the hang of it, you see your kids go through it, and that in itself is hard to see.

Saturday night, John and I had a Farewell Dinner for everyone at the unit leaving this Posting Season. John had to wear DEU’s, so it was a fancy meal! It was nice to get all dressed up and have an evening without the kids. There are about 15-20 people leaving – a big change. Some of them are friends that I have made just over the last year – one of which my kids have gotten close to, and even call him uncle! Two of them are friends who have helped me with my fitness, especially over the last six months. They have helped me keep going, when God knows I wanted to sit on the couch and watch tv. It may only be a year we have been here, but I am truly going to miss them!! Thank goodness for Facebook where everyone can still keep in touch! 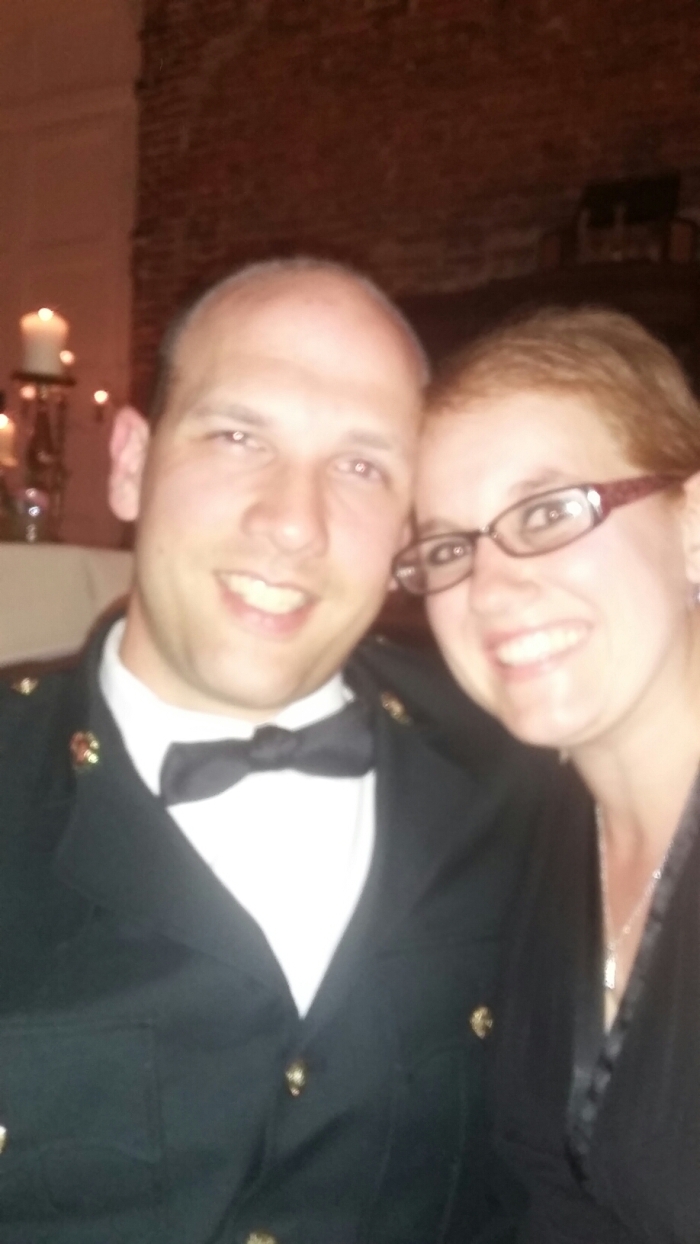 Sunday afternoon Nathan had a going away party for twins in his class. I am grateful Nathan had the opportunity to spend time with them outside of school, but I am sad of the fact that he really does need to say goodbye to two friends he has gotten really close to! They are Canadians also, so they aren’t just kids he sees in school, we have seen them at different functions on base as well – so he is very close to them! He got a picture frame with their picture in it, and he keeps saying “this is so I won’t forget them”. I doubt that will happen (the kid’s got a wicked memory) but it was so nice of the family to give that gift. The strength he has shown me, amazes me every single day.

Goodbyes suck, but I guess it’s just a part of the life we live – a life I wouldn’t change for the world! ❤